Today I went to Dick’s Sporting Goods to see if they had anything good on clearance, the had select Matzuo and Excalibur baits for $2.99. I bought 2 Excalibur squarebills, 2 Matzuo suspending jerkbaits, and a Matzuo huntin’ dog walk the dog lure.
For those of you that are looking for an affordable, quality casting combo. Dick’s has the Shimano Caius/field and stream combo on clearance for $59.00 (normal price $109.00). They will no longer be selling this combo so they are trying to get rid of them. this combo is no longer available online, but here’s a link so you can see pictures and reviews: http://reviews.dickssportinggoods.com/3020-en_us/12644462/field-stream-field-stream-shimano-caius-baitcast-combo-reviews/reviews.htm 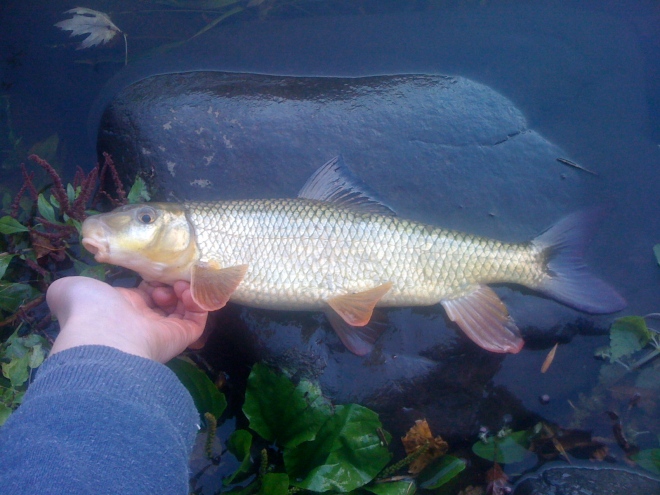 This morning I fished on the Rum River for walleye, smallmouth bass, and pike. I started out fishing for walleye with nightcrawlers on a slip sinker rig, I just cast strait out and let the current take the bait until my line is parallel with the bank then let it sit for about ten minutes and re-cast. A good situation for this is when you have a sand bar next to deeper water and the water eddies around creating a deeper hole with a rock or gravel bottom. The first fish was a 18″ redhorse sucker, then about 20 minutes later I caught a 13″ walleye. after 45 minutes with no bites I moved to a different spot where i hoped to catch some bass and pike, I started out fishing a curly tail grub on a 1/8 oz. jig, after getting no bites on that I switched to a blue and silver original floating Rapala and caught one small pike. Over all the bite was pretty slow today I was surprised I didn’t catch any smallmouth bass, I think they were keyed in on the baitfish and ignoring lure because I saw many bass jumping and swirling on top of the water but could not get a strike.

Sunday morning we rowed to a bay that had reeds along the shoreline, my dad was throwing a white spinnerbait, and I was throwing a new gill colored swim jig, we caught about three this size and had many short strikes. Then we rowed back packed up and headed for home.

Sunday morning after fishing for bass without much luck my dad and I tried slip bobber fishing for sunfish hoping to keep some for lunch. We didn’t catch any keepable sunfish, but I caught this and I am not sure what it is if you know please comment.

This was the only bass we caught Sunday morning, I saw it cruising in the shallows and casted the texas rigged worm 10 feet in front of the fish and twitched it back to the fish waited a couple seconds then set the hook. This story does not have a happy ending when I got the fish in and noticed that it was abnormally skinny,most likely because it had a soft plastic lure in its stomach that wont pass through. Sadly this fish will probably not survive the winter.

When fishing with cutbait choose a bait with a very oily meat such as sucker or mooneye. This leaves a much better scent trail in the water. 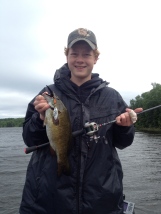 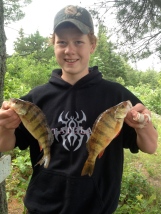 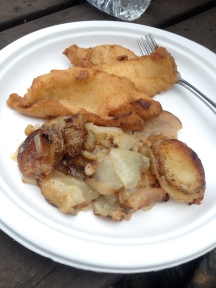 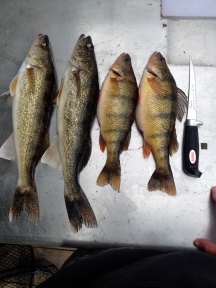 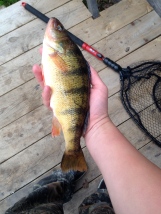 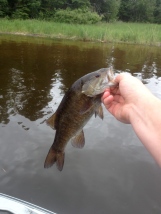 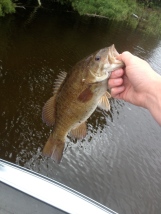 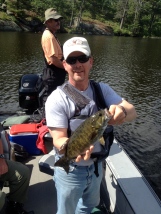 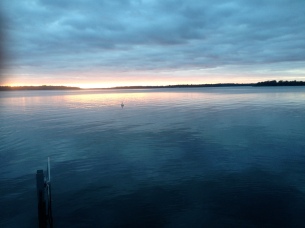 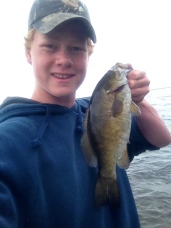 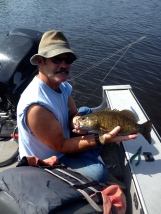 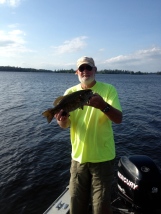 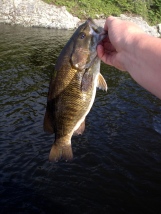 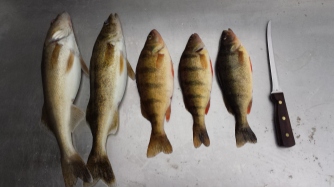 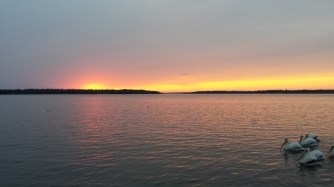 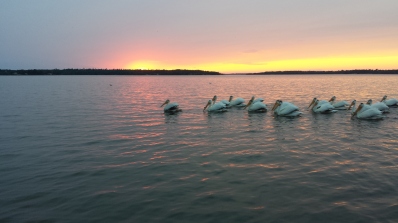 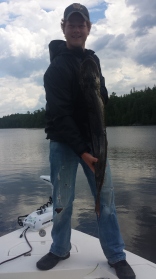 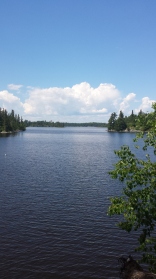 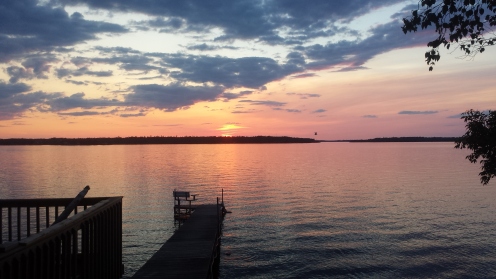 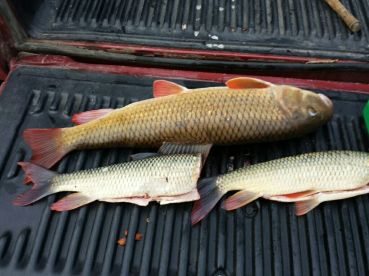 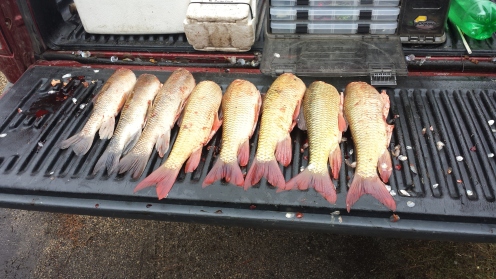 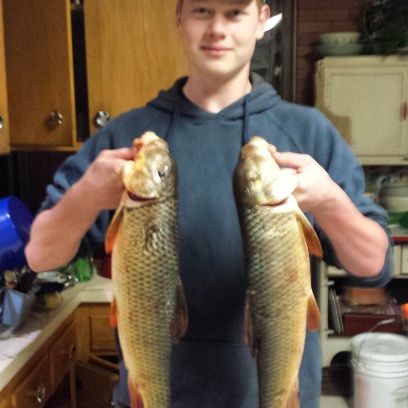 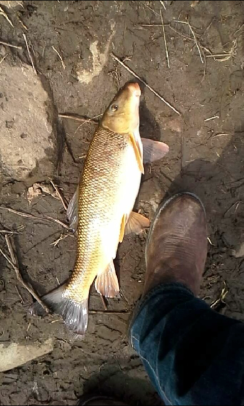 living well off the beaten path

This WordPress.com site is the bee's knees

HATS ON THE WATER

Fishing tales and musings from a diehard angler in the Land of 10,000 Lakes